Working In A Predominantly Female Environment 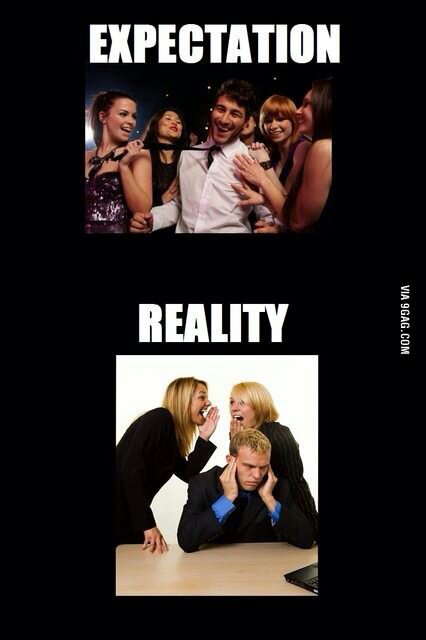 This right here. Saw this on 9gag and it is more true than I  an ever say. Just damn.

I Told You Not To Argue With A Pregnant Woman…

My friend made a rookie error. He should know by now. You do not argue with pregnant women. Ever.

As a personal rule I try to avoid arguments in general. My patience is pretty good so I can take a fair bit of bull before my temper flares. When it does, you know you’ve pushed boundaries and it is time to back off.

I told my friend not to do it. Bad move dude, don’t kick off with her, she will destroy you. Not only are you going into an argument with a hormonal woman, you are also in the wrong! Does he listen to my advice? Does he hell, he goes in guns blazing.

He walked out ten minutes later with his tail between his legs and clearly a broken man. I shouldn’t laugh, and I absolutely shouldn’t say I told you so, but we’ll…. I did tell you…

I walked out back to find my colleague munching down on the share size bag of malteesers I bought for the team. I have found buying big bags of chocolate every now and again for the girls at work keeps you in their good books when you need a favour, plus it cheers them up which makes working easier. They complain about oh but I was supposed to be starting my diet today!

You said that last week! Shut up, enjoy the chocolate and I will see you you later on girls.

I should call them women, but I call them my girls as they are all mid 20s like me.

So what has my friend learnt from this experience.

1) DO NOT have an argument with a pregnant woman.

2) DO NOT go into an argument when  you are wrong.

3) ALWAYS listen to MMS. He is always right.

4) BUY more chocolate for the girls.

I got my jabs yesterday and ended up having to have one in each arm. I do a great deal of lifting and moving around at work, and when I winced lifting a box the girls knew something was up. My arms are killing me and it hurts to even raise them to shoulder level. I basically got told to chill, they handed my jobs off to some other people and I have basically been taking it easyish. I’m still working, but just not doing my normal thing. There are a million and one pieces of gossip and stories going round where I work, but no one can ever call me lazy. Quiet at times, detail driven and sometimes missing the big picture perhaps, but a slacker, hell bloody no.

Time to get back to it. Might be some good things on the horizon. Here’s hoping.